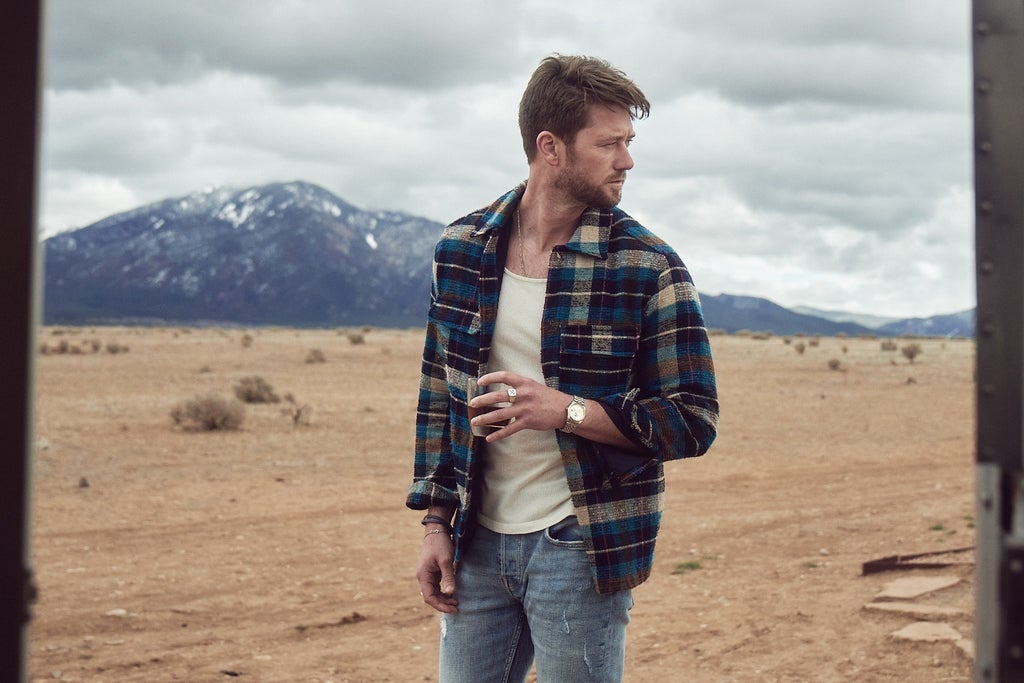 It takes time to craft a debut album. One worthy of the artist it introduces, and all the work behind it. But for Arista Nashville/Sony Music Nashville’s Adam Doleac, he’s had plenty. “I’ve had my whole life to write my first record, plus a two-year pandemic,” he says with a wry smile. “So that’s like two lifetimes.”

Luckily, he made the clock work for him. Creating a whole Barstool Whiskey Wonderland around 18 addictive tracks – almost totally from his own pen – the emerging star unveils a vision steeped in the romantic country soul of his early hits, while going much deeper as well. With tracks like the Gold-certified “Famous” and soul-mate anthem “Another,” both of which hit No. 1 on SiriusXM’s The Highway, fans have gotten only a glimpse of that wonderland so far. Now they get the full picture.

“It feels long overdue, and it’s the first time people can really see the whole me,” Doleac says. “An album is a cool thing. It allows you to tell a little bit more of your story, as opposed to just people knowing a song and not knowing you.”

And for him, a lover of all things old-school with an effortless charm and an intoxicating vocal – well suited to both champagne-popping ballrooms and keg-tapping taverns – that story is worth telling. Raised in Hattiesburg, Mississippi, you could call him a late musical bloomer, who credits devoted parents for his strong work ethic … and his dream-chasing determination.

A talented athlete, Doleac excelled at golf early on, traveling with his dad to faraway tournaments in his first taste of life on the road. The whole family put in the time and Doleac seemed headed for success, but abruptly switched to baseball in high school. That too required a focused drive to retool his skills, and after earning a scholarship to the University of Southern Mississippi, he ended up playing in front of 30,000 at the College World Series – fueling a craving for big crowds he still chases today.

In the end, he actually had a shot at going pro in both sports, Doleac says, but instead changed course again. He had fallen in love with music, writing songs with teammates and challenging himself to play hometown shows while devouring the work of emotional explorers like John Mayer, Gavin DeGraw, Amos Lee and more. Within months, he decided to leave sports behind for good.

“I’m the kind of guy who’s just always reaching for a little bit more, that’s just the way I am,” he says. “I have thoroughly believed I can do whatever I set my mind to since I was a kid. And I think you need a little bit of that to get anything this hard done.”

“Hard” may be an understatement. Doleac proves the old adage of Nashville being a 10-year town, but for him, those 10 years were not a straight line. Propelled by the viral success of a self-written song posted to YouTube, Doleac arrived in town with a publishing deal, and spent the following years sharpening his penmanship. Eventually Kane Brown, Gabby Barrett, Darius Rucker and more had all cut his songs, while Doleac built a grassroots fanbase touring the country in his pickup truck.

With shows growing in size, it seemed like a classic case of grinding forward and loving every mile. He scored a rare Gold-certified independent single and even signed a major-label recording deal, achieving another long-held dream. And then, just as he looked set to push over the top, COVID-19 shut it down. There were postponed tours. And then stolen equipment when touring resumed. Then there were cancelled tours. But all the while he was building that Barstool Whiskey Wonderland. Doleac slowed down, spent time with the girlfriend who is now his fiancée, and wrote 150 songs.

“It’s been tough and we’ve had a lot of bad breaks, a lot of opportunities to give up for sure,” he admits. “But I haven’t, and my guys haven’t, and it’s time for the moment to happen. It’s like, ‘Maybe everything’s coming together for this record. Maybe it’s right on time.’”

Those years only added depth, he explains, taking him from singer-songwriter and performer to fully-formed artist with his own creative signature. Using his heartbeat as a pulse, lush emotions and instant-classic hooks join a soulful voice simmering just below a full boil, all wrapped in a suave new take on modern country. Catchy enough to pull listeners in. Deep enough to resonate for years.

Doleac wrote every song but one on the massive, 18-track album, and along with producers Paul DiGiovanni, Jared Keim, Jordan Schmidt, Ben Simonetti and Andy Skib, captured something that exists beyond country’s ordinary thematic cycle.

“I love things that are timeless and stuff that sticks around,” he says. “I’m not chasing whatever the newest trend is gonna be for the next six months. And I love that comment when people come over and say ‘I don’t like country, but I love your stuff.’”

Tracking all the vocals himself, Doleac assembled his ideal full-length debut, including tracks his fans already love and a whole batch of new ones. Established favorites like “Famous,” “Another,” “Neon Fools,” “Could Have Loved You Longer,” and “Somewhere Cool With You” are all on the list – and so are newly-minted romantic anthems like “Girl In Love.” Fanning the flames of a heart on fire, the transformative track was inspired by Doleac’s fiancée, and only confirms his love-song bonafides.

“I’m a romantic at heart for sure,” he admits. “Like, I think there’s a reason God made woman last. Because that’s the greatest thing he ever made.”

But for Barstool Whiskey Wonderland, Doleac does more. He strikes a new chord with tracks like the clever “Close That Tab,” which has already emerged as “The Vodka Soda” song in concert. “That’s a breakup-with-your-shitty boyfriend song,” he says with a laugh. “I think a lot of people date the wrong person. And when they do, they do it for like six months too long!”

Likewise, the rootsy duet “Fake Love” with Danielle Bradbery stands as the first outside cut he’s ever recorded (Maren Morris, Ryan Hurd, HARDY and Jordan Schmidt), a genuinely perceptive celebration of meant-to-be lovers welded together in a magnetic vocal blend.

Others like “Drinkin’ It Wrong” offer instructions for a proper good time, “Where Country Music Comes From” praises the simple authenticity of Doleac’s first love, and “Don’t It Sound Alright” captures the laid-back perfection of a couple’s country getaway.

It all fits into the Barstool Whiskey Wonderland he’s imagined, and with the title track, Doleac puts the journey in perspective. A lush ballad that tumbles out like a dive-bar confession, the up-and-comer pours all the what-ifs of the last few years into a glass, shoots them back and lets it burn. And in the end, he realizes something profound: We all come out right where we were meant to.

“I spend a lot of time wondering if I’m doing life right, and think others do that, too,” he explains. “That’s kind of what this whole era leading up to this record has been like, just trying to figure it out. But now I know. What I want people to hear is the first full idea of what Adam Doleac sounds like. I want people to hear it and think ‘That’s the sound, that’s him.’”

Following the latest CDC guidelines, masks are recommended to be worn while attending events at the Queen. All support acts are subject to change without notice.

Following the latest CDC guidelines, masks are recommended to be worn while attending events at the Queen. All support acts are subject to change without notice.