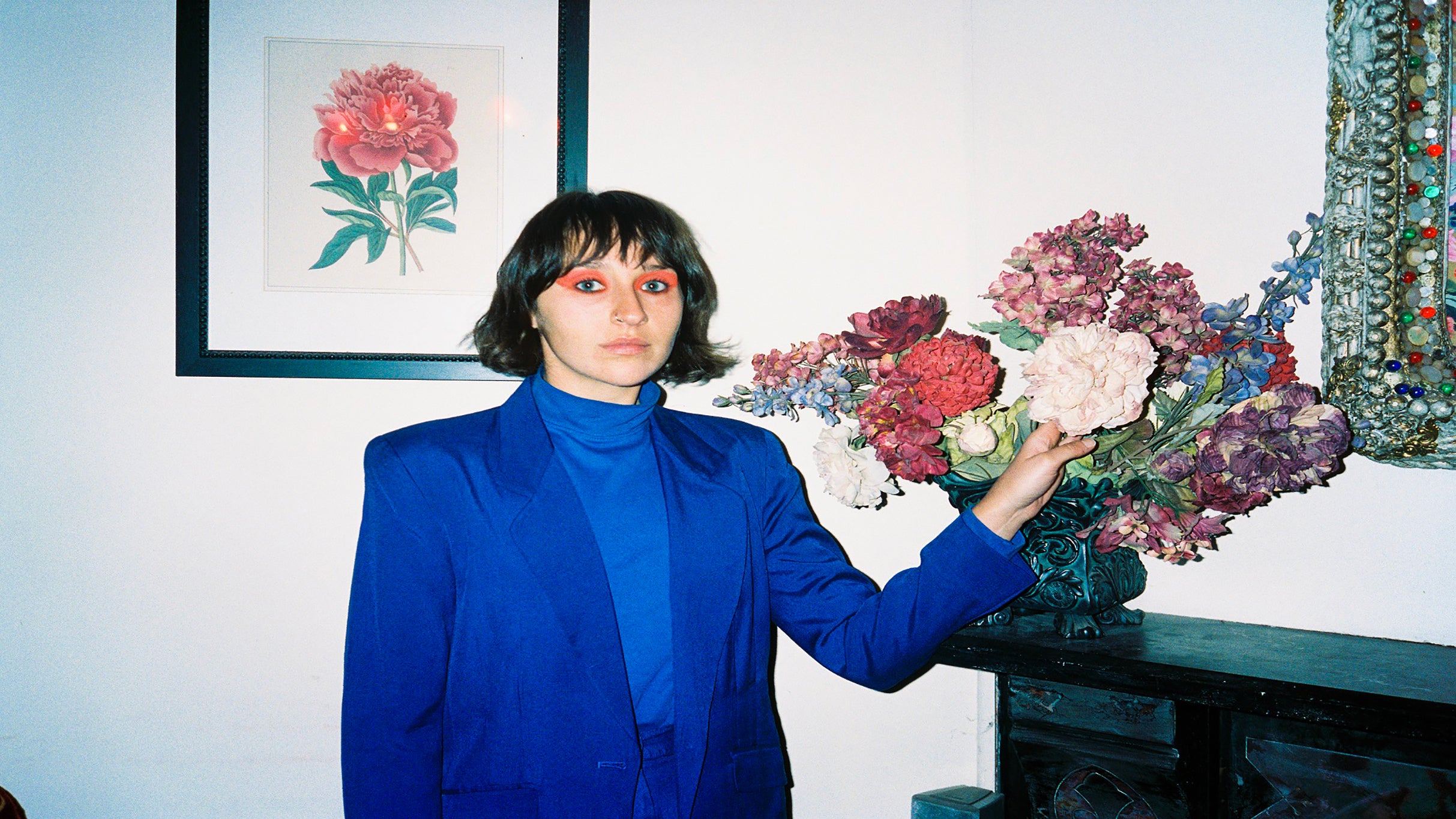 There’s nothing scarier than being honest with yourself. For singer/songwriter Al Olender, facing her fear of the truth has been a cleansing, often cathartic process that’s led to the kind of revelations she had previously thought unobtainable. On her debut full-length album Easy Crier, the Upstate New York based artist asks: what happens if we vow to never tell a lie, ever again? Charting the daunting territories of staring your demons right in the face and prodding at the ugly parts of your reflection, Olender pieces together her most vulnerable moments to produce a celebratory and beautiful rumination on grief, and reminds us of the power that comes in really getting to know yourself. The catalyst for this renewed outlook stems from the sudden loss of her older brother. As a huge supporter of Olender’s musical talents from the very beginning, he would often invite his friends over and encourage a then-teenage Olender to play her “angsty love songs” for them. “Everything that I do musically revolves around my brother,” she says. “It’s like every single thing I do in my life – my brother is so much in the front of my mind.” The introduction for Easy Crier comes with “All I Do Is Watch TV,” a darkly humorous comment on the unmoored early stages of losing a loved one, way too soon. “I read a book on grief, it told me to lay in bed,” she laments over a chromatic, repetitive melody – the kind that perfectly mimics an untethered, sped-up montage-like existence, as she watches true crime and buys a Big Gulp just to spill it on her bedroom floor. Here, she jabs at the numbness protecting her heart. “Nothing fixes grief,” she explains. “It transforms. Sometimes it’s like a giant glooming thunder cloud and sometimes it’s like a tiny little raindrop.” On the folky, pop-infused banger “Keith,” Olender confronts her sorrow, as fond memories are abruptly interrupted by a crashing cymbal and animated percussion: an ever-increasing heart rate capturing Olender’s inner-chaos as she witnesses a well-meaning funeral guest showing off a new tattoo. Later, on the devastatingly gorgeous closer “Mean,” a sparse, acoustic arrangement offers a platform for a rousing vocal performance, each note a grief-stricken consolation. “I’m older than my older brother, but I’m not old enough,” she shares softly, searching for someone to keep her safe. Olender strives to use her voice for connection and healing, for herself and for anyone else who’s listening. Olender recorded at The Church in Harlemville, NY, entrusting the skills of producer and engineer James Felice (Felice Brothers). Felice also lent his skills on keyboard, accordion and piano, with Jesske Hume (bass/synths), William Lawrence (drums/guitar), Ian Felice (guitar), and Alejandro Leon (bass) also contributing. The album’s sonic universe sees delicate keys dance alongside acoustic plucks, later welcoming brooding strings and lush, expansive harmonies. It’s these kinds of arrangements that perfectly capture the sonic personality of Easy Crier: it’s both tender and invigorating, soothing yet anthemic. Describing the arrangements as a “conversation with friends,” it’s a testament to what can happen when you surround yourself with those who totally, and willingly, understand your artistic vision. Easy Crier isn’t an album about death. It’s an album about unending love. It wipes away the mask we put on for others and instead, embraces the exhale that comes from spilling your guts. It’s the moment in your favorite rom-com when they finally admit their feelings for one another, and kiss in a way that only seems to happen in movies; on Easy Crier, Olender plays both parts. There are moments of ease, and exploring the often fine line between funny and sad that makes Easy Crier a portal for relief, whether that’s through tears of joy or pain. It’s an album that takes each shattered, heartbroken piece and puts them back together to form a strangely beautiful mosaic. “It’s a love letter to everything I’ve lost,” she says. “And forms a real insight into how telling the truth has truly changed my life.” Here, Olender is finally letting herself feel everything all at once, no matter how uncomfortable or scary it can be.

The Crown at The Queen AGES: All Ages DOORS: 6:00 PM Following the latest CDC guidelines, masks are recommended to be worn while attending events at the Queen. Come grab a drink at the Knights Bar before or after the show! Open every Mon 5-11pm, Thurs-Sat 4-11pm

The Crown at The Queen AGES: All Ages DOORS: 6:00 PM Following the latest CDC guidelines, masks are recommended to be worn while attending events at the Queen. Come grab a drink at the Knights Bar before or after the show! Open every Mon 5-11pm, Thurs-Sat 4-11pm