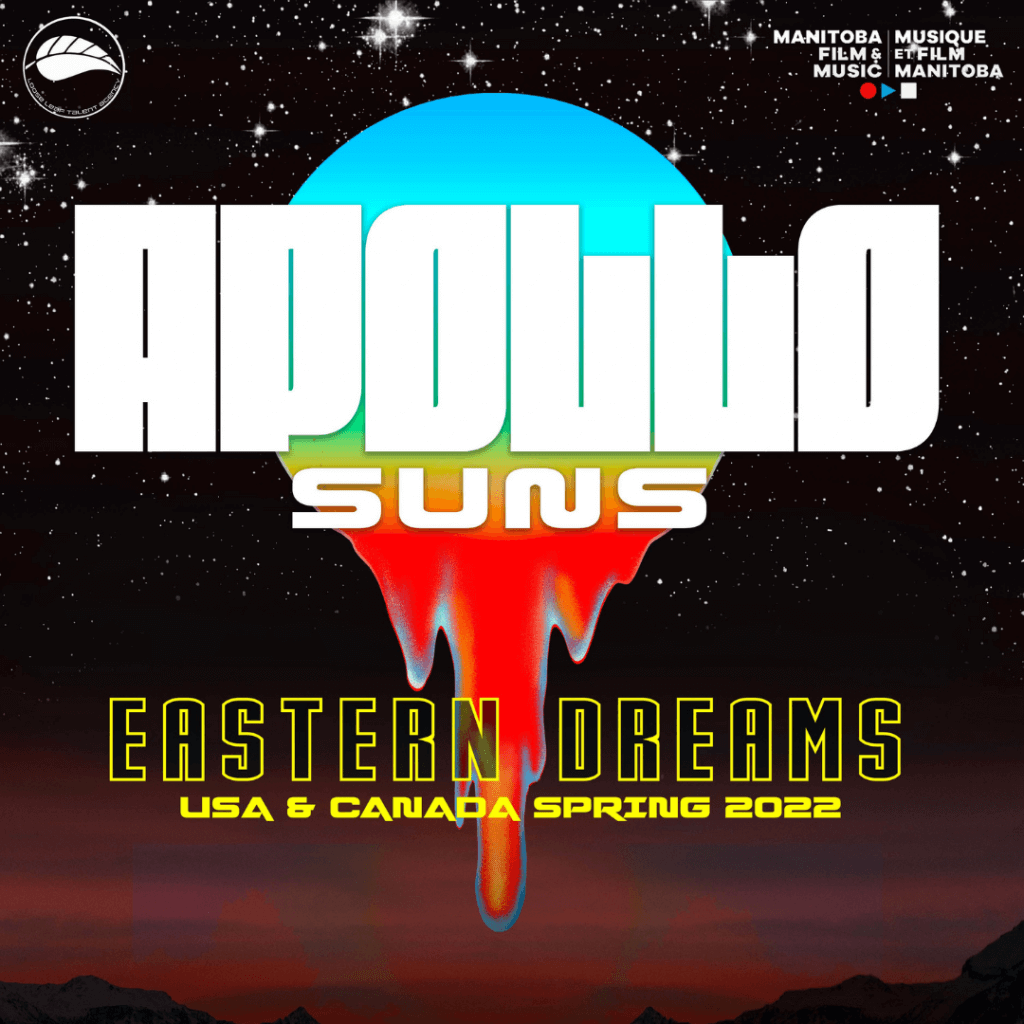 Born from the fusing of nine Winnipeg, Canada based musicians, Apollo Suns have created a refreshing and innovative sound and live performance combining instrumental, jazz, rock and psychedelic music. They were awarded “Instrumental Artist of the Year” at the 2018 and 2020 Western Canadian Music Awards.

With each Anatol, Aaron, Glenn, Bryn, Niall, and Erika having studied music at the U of M and CMU along with their previous bands including other genre-bending acts such as The Dirty Catfish Brass Band, Super Duty Tough Work, Moses Mayes and Sapphire Empire; there has been no lack of musical creativity amongst the band. Apollo Suns constantly challenge themselves in their writing by constructing jazz influenced songs with the end goal of maintaining an overall accessible and catchy track for listeners of all backgrounds.

Their debut EP, Each Day a Different Sun, was released April 2017 followed by a Western Canadian tour in support of the release. They have since been through Western Canada twice and Eastern Canada once. The album spent seven weeks on the Earshot! National Top 50 charts with its top position at #15.

Apollo Suns released their sophomore EP, Dawn Offerings, in late April of 2019 with two sold out shows in their hometown of Winnipeg, MB. The release was followed by multiple tours and festival showcases across Canada to support the album. The album reached number #7 on the Earshot! National Top 50 charts.

Having recently signed with USA based record label COLOR RED they will be releasing their third EP, A Relationship of Force, in late 2021 and supporting the album with a robust North American tour itinerary in 2022/23.

Apollo Suns are an exciting band out of Winnipeg who are not afraid to walk a fine line and pave their own musical path to success and into the hearts of music fans all over Canada and soon internationally. With the recent signing to Cielo Talent Agency (Western USA) and Loose Leaf Agency (Eastern USA). They will be working closely with the band to book, schedule and execute tour dates in the USA.

The Crown at The Queen DOORS: 6:00 PM AGES: All Ages Following the latest CDC guidelines, masks are recommended to be worn while attending events at the Queen. Come grab a drink at the Knights Bar before or after the show! Open every Mon 5-11pm, Thurs-Sat 4-11pm

The Crown at The Queen DOORS: 6:00 PM AGES: All Ages Following the latest CDC guidelines, masks are recommended to be worn while attending events at the Queen. Come grab a drink at the Knights Bar before or after the show! Open every Mon 5-11pm, Thurs-Sat 4-11pm