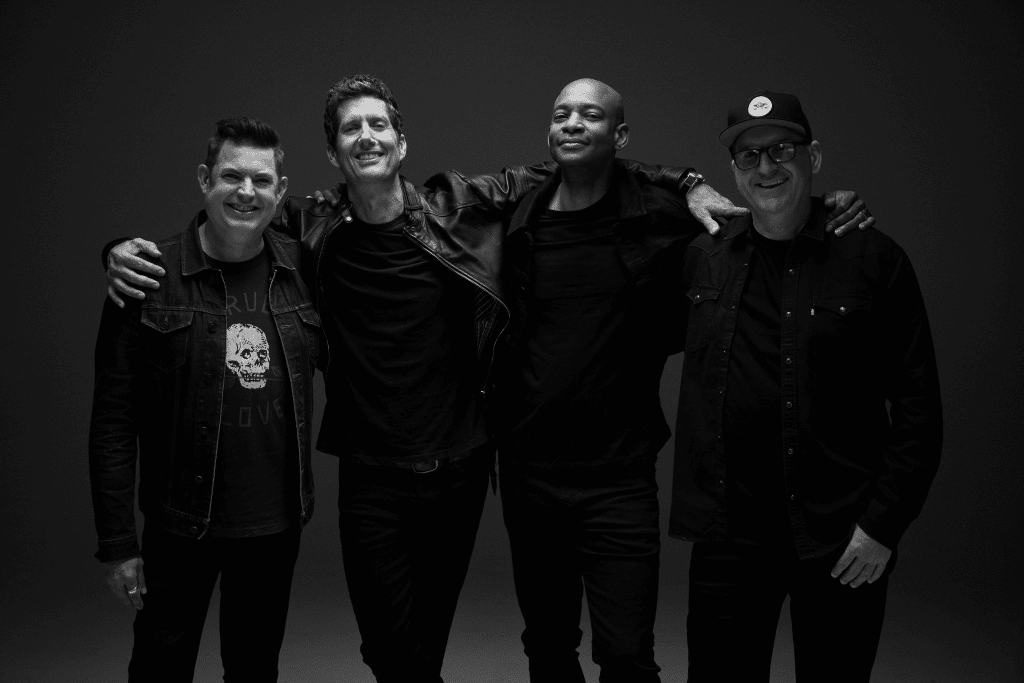 $1 of every ticket benefits the Better Than Ezra Foundation

The best songs, records, and bands transport you back to the first moment you heard them each and every time they play.

Whether you caught a house party gig after Better Than Ezra formed in 1988 at Louisiana State University, heard “Good” on the radio once it hit #1 during 1995, became a fan following Taylor Swift’s famous cover of “Breathless” in 2010, or saw them headlining sheds in 2018, you most likely never forgot that initial introduction to the New Orleans quartet founded by Kevin Griffin [lead vocals, guitar, piano] and Tom Drummond [bass, backing vocals].

Those hummable melodies, unshakable guitar riffs, and confessional lyrics quietly cemented the group as an enduring force in rock music. How many acts can boast being the inspiration of a classic Saturday Night Live skit?

Speaking of incredible accomplishments, they occupy rarified air with spots on Billboard’s “100 Greatest Alternative Songs of All Time” and “100 Greatest Alternative Artists of All Time” as of 2018. Additionally, 2018 also marked 25 years since the arrival of the breakthrough album Deluxe. Maintaining a steady pace forward, the new single “GRATEFUL” garnered acclaim from Billboard who praised its “highly commercial, anthemic sheen that certainly pairs nicely with the approach of Deluxe.”

The story of Better Than Ezra began before the nineties explosion they remain so often associated with ever even happened. Griffin and Drummond comprised the core of the band at its onset as they hit the road and won over one fan at a time beginning in 1989. This fan base would go on to be known as “Ezralites” by the time the first pressing of Deluxe landed independently in 1993. As the audience dramatically grew, Elektra signed the boys in 1995 and officially released Deluxe. A fixture on radio and MTV, “Good” captured #1 on the Hot Modern Rock Tracks Chart and went multi-platinum. 1996’s Friction, Baby yielded definitive anthems such as “Desperately Wanting” and “King Of New Orleans.” A string of fan favorite albums followed, including How Does Your Garden Grow? [1998] and Closer [2001].

2005’s Before The Robots represented another creative high. Its lead single “A Lifetime” peaked in the Top 15 of the Billboard Adult Top 40 chart as “Juicy” went on to famously soundtrack a Desperate Housewives campaign. Paper Empire followed in 2009 and then the band released their latest album in 2014, All Together Now. Produced by Tony Hoffer [M83, Beck,] it spawned the hit “Crazy Lucky,” which notched 10 million-plus streams.

At the same time, their touring presence burgeoned year after year as Better Than Ezra continues to sell out amphitheaters and arenas worldwide. A force of nature on stage, the group consistently delivers on tour as countless fans sing along to every word nightly. Their gigs further uphold a growing legend.

Outside of Better Than Ezra, Griffin established himself as a sought-after hitmaking songwriter, having songs recorded by the likes of Taylor Swift and Train. He also penned #1 hits for Howie Day and Sugarland in addition to writing with The Struts and Moon Taxi. In 2015, Griffin co-founded the Pilgrimage Music & Cultural Festival, which counts Justin Timberlake among others as partners.

Along the way, they launched the Better Than Ezra Foundation (www.BTEFoundation.org) in order to support their hometown. Chaired by Drummond, its charity endeavors span coastal restoration projects, after-school programs for underprivileged kids, and more. Since 2008, it has raised over $1.7 million for causes throughout greater New Orleans.

Celebrating 25 years of Deluxe in 2018, the guys reissued the record on double vinyl. Detailing the release, Forbes summed up the group’s influence beyond the nineties scene it helped define.

The outlet wrote, “So many of that decade’s most influential, like supernovas, burned up fast… New Orleans alternative rock trio Better Than Ezra defied those odds.”

In the end, you’ll never forget the songs on Deluxe or any other release from their discography—and that’s better than anything.

The Main Hall at The Queen AGES: All Ages DOORS: 7:00 PM Following the latest CDC guidelines, masks are recommended to be worn while attending events at the Queen. All support acts are subject to change without notice. $1 from each ticket sold will be contributed to The Better Than Ezra Foundation.

The Main Hall at The Queen AGES: All Ages DOORS: 7:00 PM Following the latest CDC guidelines, masks are recommended to be worn while attending events at the Queen. All support acts are subject to change without notice. $1 from each ticket sold will be contributed to The Better Than Ezra Foundation.
HALLOWEEN AT THE QUEEN 2022
Please note that while costumes are highly encouraged, for the safety of our fans, artists and staff, Halloween at The Queen 2022 prohibits the following:
Fake/Toy Weapons of Any Kind
Masks That Cannot Easily Be Removed
Heavy Layering of Clothing or Make Up that Inhibits Identification 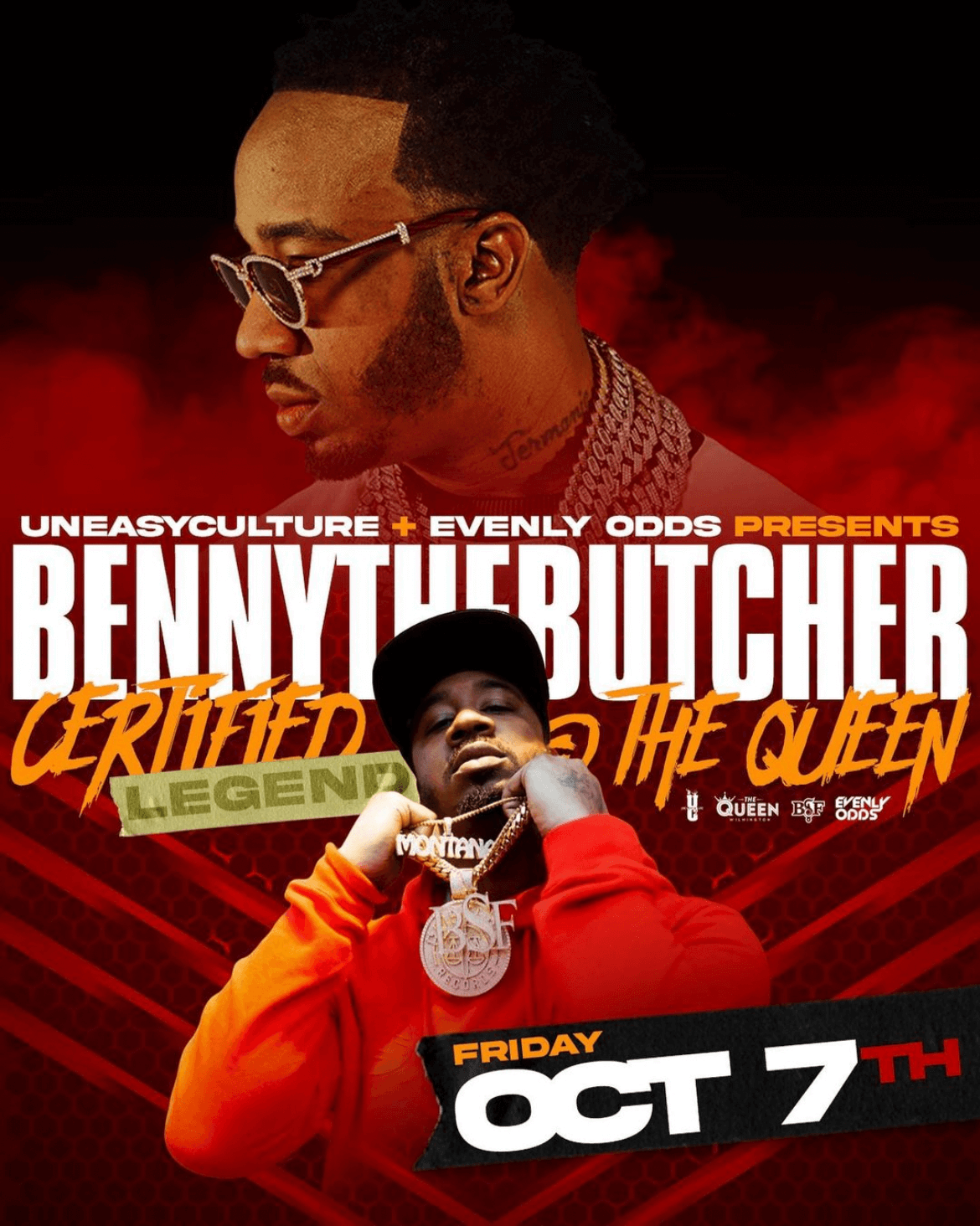