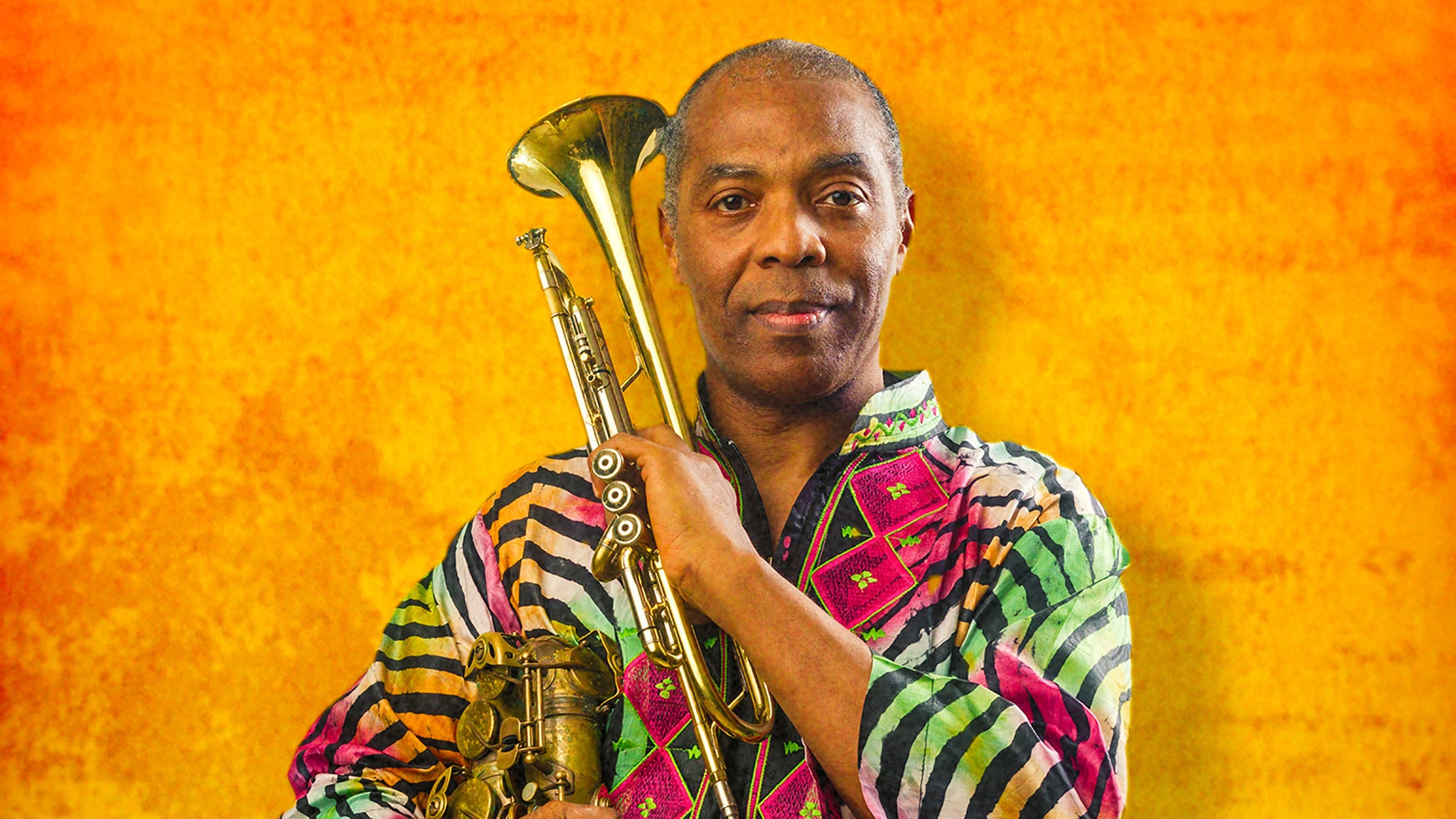 Before Femi was his own bandleader, he started playing saxophone in his father — Fela Kuti’s — band, Egypt 80, in 1979, where he learned the ins and outs of performing with a legend. “My father was so huge,” Femi says with a laugh. “I taught myself everything I knew, so I was learning on the job, and you are not allowed to make mistakes. Being in front of such an icon, it can be intimidating.” In 1984, Femi had no choice but to fulfill his destiny after Fela was arrested at the Lagos airport just before the start of a U.S. tour and Femi was asked to be the frontman of his father’s band instead of cancelling the shows.

In 1986, Femi created his own band, called Positive Force, which quickly gained notoriety as a formidable group in Afrobeat music. Over the next 30 years, Femi would amass worldwide acclaim as an ambassador of this righteous music and many humanitarian organizations. Positive Force is still at the forefront of the Afrobeat movement, expanding the music’s vocabulary by adding hints of punk and hip-hop to the sound, while maintaining its traditional roots and political message. Femi has performed on some of the world’s most prestigious stages and festivals, and collaborated with iconic musicians across a wide array of genres, most recently Coldplay on their song “Arabesque,” which is featured on their latest album Everyday Life.

Stop The Hate — Femi’s eleventh studio album — arrives just when listeners need it most, as Black people throughout the world continue the fight for equal rights and the end of police brutality. Throughout his album, Femi criticizes the local government for causing chaos when it should be promoting peace. “From corruption him close eye take money,” Femi sings on the exceptional “You Can’t Fight Corruption With Corruption.” In an interview, he delves better into the meaning: “I’m talking about the government in Nigeria. The president tried to win the election, and he surrounds himself with everybody who is corrupt. You can’t take money from criminals and then fight criminals. If you are a good guy, you don’t take money from bad guys to fight bad guys. You just have to find a better way to fight bad guys.”

On February 5th 2021, Partisan Records, home to Fela’s catalog, will release two albums from Femi and his son Made Kuti. Femi’s album, Stop The Hate, radiates the unique Afrobeat sound that he has forged throughout his long career, affirming the sharply political conviction that his father would’ve claimed in the 1960s, ‘70s and ‘80s. Made’s album, For(e)ward, is a modern and progressive freedom manifesto, pushing boundaries of the subgenre even further. Together they will be packaged into a double album called Legacy + that, when taken as a whole, bolsters the rich musical heritage of the Kuti name.

Yet this isn’t just about honoring Fela, it’s also personal for Femi and Made, a father and son with deep creative synergy. Most importantly, the project finds these men coming together in the name of family. “This is probably the most important part of my life right now,” Femi says. “I’m happy because he’s not copying me. He has found his voice. What other joy could a father want than to experience this in his lifetime?”

The Main Hall at The Queen DOORS: 7:00 PM AGES: All Ages Following the latest CDC guidelines, masks are recommended to be worn while attending events at the Queen. All support acts are subject to change without notice.

The Main Hall at The Queen DOORS: 7:00 PM AGES: All Ages Following the latest CDC guidelines, masks are recommended to be worn while attending events at the Queen. All support acts are subject to change without notice.