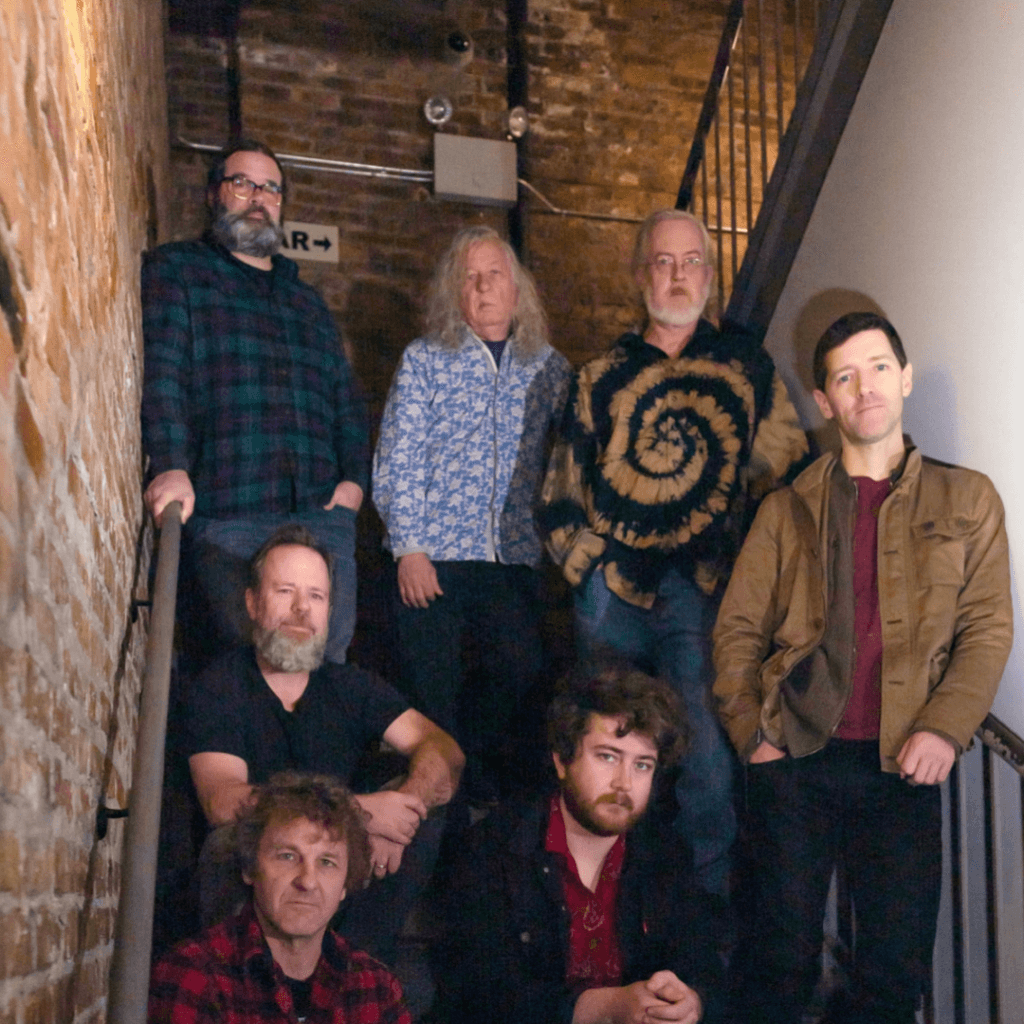 A brother leaves this world too soon. A trip down U.S. Highway 61 ends in a deluge of biblical proportions. A retreat to the Big Easy results in its own flood of inspiration. A new chapter begins. These moments and many more fade in and out of focus on Railroad Earth’s seventh full-length album, All For The Song.

“Perhaps, it represents the journey we’ve been on for twenty years as a band and as a family,” observes Carey.
“I will always remember these sessions as a time of healing and reflection,” adds Andrew.

“What threads the record together?” ponders Todd. “Nostalgia, sadness, and a lot of great moments to sing along to.”

For over two decades, Railroad Earth has captivated audiences with gleefully unpredictable live shows and eloquent and elevated studio output. The group introduced its signature sound on 2001’s The Black Bear Sessions. Between selling out hallowed venues such as Red Rocks Amphitheatre in Morrison, CO, they’ve launched the longstanding annual Hangtown Music Festival in Placerville, CA and Hillberry: The Harvest Moon Festival in Ozark, AR—both running for a decade-plus. Sought after by legends, the John Denver Estate tapped them to put lyrics penned by the late John Denver to music on the 2019 vinyl EP, Railroad Earth: The John Denver Letters. Beyond tallying tens of millions of streams, the collective have earned widespread critical acclaim from David Fricke of Rolling Stone, American Songwriter, Glide Magazine, and NPR who assured, “Well-versed in rambling around, as you might expect from a band named after a Jack Kerouac poem, the New Jersey-built jam-grass engine Railroad Earth has let no moss grow under its rustic wheels.”

In 2018, Railroad Earth bid farewell to founding member Andy Goessling who passed away from cancer. His shadow loomed over the process as the guys retreated to New Orleans for the first time to record.

“From the beginning, the vision was more than just the music,” states Todd. “We looked at this like a ‘destination’ record. Our past records were all made close to home or, in fact, at home. Andy’s passing was very much in the center of our thoughts and our hearts in the writing and recording of this album. Things were so shaken up that we thought it’d be a benefit to go away from all of the distractions and be together. In New Orleans, there is great food and there are great spirits to be shared. I’ll leave the music part of the equation for others to judge, but we surely succeeded in making the bonding part of the vision come to fruition!”

Another first, they recorded with Anders Osborne behind the board as producer. It might’ve been the gumbo, but the guys seamlessly absorbed the homegrown flavors of the Big Easy by osmosis, incorporating horns, blues harmonica, and the producer’s own perspective and guitar playing.
“His enthusiasm is contagious,” exclaims Carey. “There are five producers in this band, so a strong-willed voice from the outside is usually pretty essential. Anders was the voice.”

The band paved the way for the album with “The Great Divide,” “It’s So Good,” and “Runnin’ Wild.” Beyond those initial singles, the record picks up steam on “Blues Highway.” Over dusty acoustic guitar, hummable fiddle, and a banjo pluck, Todd recounts a particular road trip down Rte. 61, which ended in “the most downpour of rain I’ve ever experienced.”

“We had a show in Natchez, so I decided to make my own adventure out of the trip,” he recalls. “I flew to New Orleans, rented a car, and drove up the Blues Highway like a tourist, stopping and touring the old plantations and blues honky-tonks. I was smelling the river and the refineries. On my return to New Orleans, I drove into what might’ve been a hurricane with intense and terrifying lightning to boot. In the dead of night, I gave up trying to inch down the road, pulled over, and waited it out. The trip seemed like a parallel for my life at the time and inspired the song.”

The epic “Driftin’ The Bardo” hinges on one of the final recordings of Andy on ukulele and high-strung guitar. It slips into a poignant piano-driven crescendo punctuated by cinematic strings.

“As we were recording it, ‘The Bardo’ came to represent Andy’s transition,” reveals Tim. “It was an emotional experience.”

“We all have those moments when we feel visitations and remember loved ones we’ve lost,” Todd observes. “In New Orleans, Andrew shared with us the night previous he’d had a visit from Andy in his sleep. At my house, we have a cardinal who taps on the window, and my wife think It’s her mom. These are the thoughts in the middle of the song where I ask, ‘Was that really you?’”

The album culminates on the wistful “All For The Song” as the final refrain, “All of the heartache, all that’s gone wrong, all for the moment, all for the song,” rings out before a harmonica passage.

“It’s a bit painful to contemplate or talk about, to be honest—as are a couple other tunes on this record,” confesses Todd. “The song says way more than enough, I believe.”

In the end, Railroad Earth brings listeners closer than ever on All For The Song.

“We want audiences to connect to the album,” Carey leaves off. “We hope they’re as moved by the music as we were making it.”